The American Nuclear Society (ANS) welcomed four of its members to be honored as Fellows for their outstanding accomplishments in nuclear science and technology.  Fellow is the highest member status presented by ANS.

“This is a prestigious achievement that highlights the innovation each of these individuals has demonstrated in their careers,” said Hussein S. Khalil, chair of the ANS Honors and Awards Committee. “These highly accomplished professionals have contributed significantly to nuclear science and engineering,” he added.

Prof. James P. Blanchard, executive associate dean at the University of Wisconsin–Madison, was honored for outstanding his contributions to the advancement of fusion power through innovative and creative designs of the first wall, blanket, and divertor systems in extreme operating heat flux and neutron irradiation conditions.

Dr. Jaakko Leppänen, a research professor at VTT Technical Research Centre of Finland, was recognized based on his transformational research in Monte Carlo particle transport methods, in particular in the field of reactor physics. Additionally, he was recognized for his efforts in initiating and coordinating the development of the Serpent Monte Carlo code, used worldwide in research, academia, and the industry.

Dr. Joseph Y.R. Rashid, a senior advisor at Anatech Corporation, was honored as a Fellow for his sustained, significant contributions to the safety of nuclear power plants. These contributions include the engineering analysis of complex structures, development of reactor plant safety evaluation methodologies, and the development of nuclear fuel modeling and analysis for nominal and transient operation, along with dry cask storage.

Additional ANS awards that were presented at the ANS Annual Meeting include the following:

The Mishima Award was given to Dr. Joseph Y.R. Rashid of Anatech Corporation for his pioneering development of computational codes for analyzing nuclear fuel rod performance under steady-state and transient conditions, and for evaluating spent fuel cask safety. 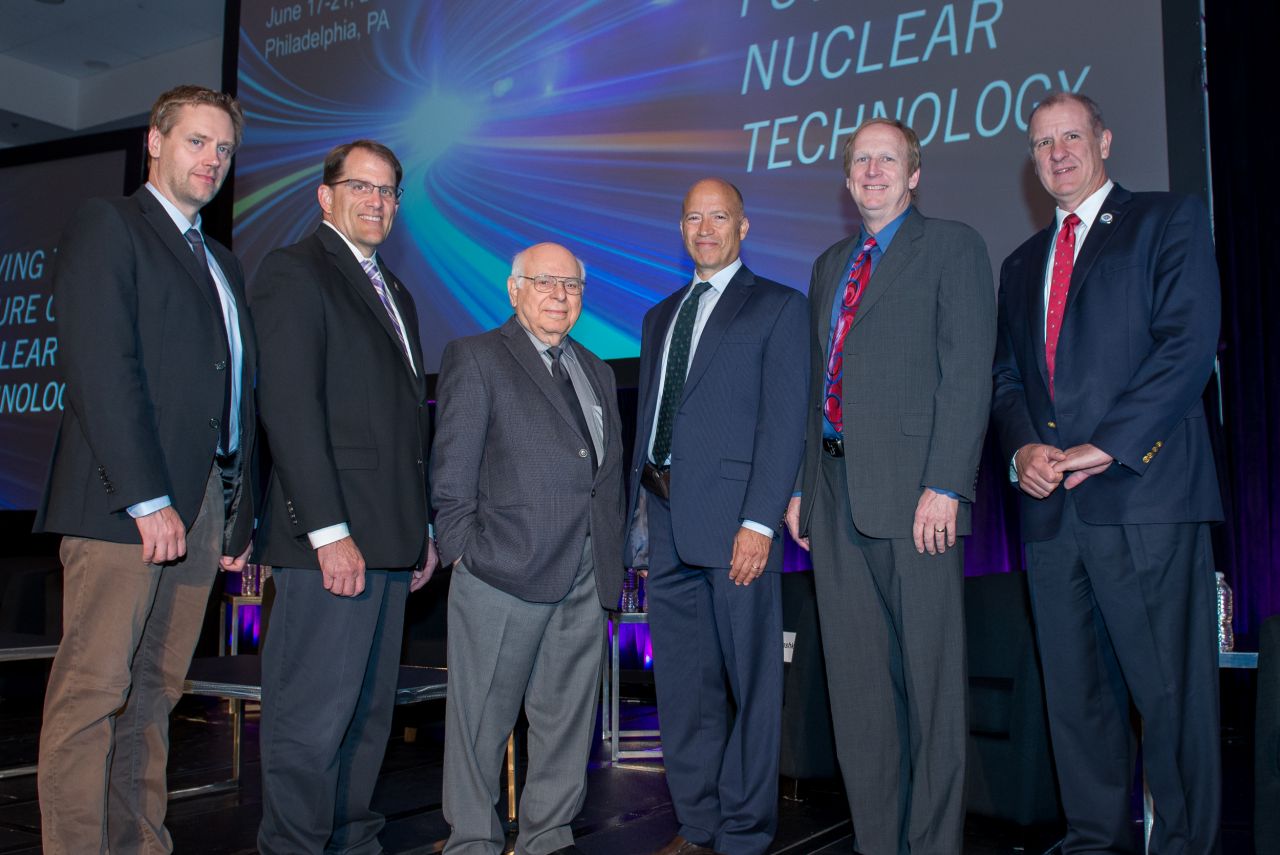